The 25-year-old Oslo Peace Accords are long dead.  A  two-state solution to the Palestinian-Israeli conflict is no longer viable. The Trump administration recently cut all US funding to the United Nations Relief and Works Agency for Palestine Refugees in the Near East and moved the US embassy to Jerusalem from Tel Aviv.

Gaza is suffocating under an Israeli/Egyptian air, land and sea blockade since 2007, and, according to the United Nations, could become uninhabitable by 2020.   Palestinians stage weekly mass protests as part of the Great March of Return movement, with many deaths at the hands of Israeli soldiers.

Is there hope for peace and a decent life for the Palestinian people?

About 50 people recently listened to a Palestinian international human rights lawyer  in Nogojiwanong/Peterborough, Ontario as he told them, yes, there is hope.

It comes, not with violence, but with a commitment to human rights, equality and human dignity along with a call to action to the international community and citizens around the world,  “who have a passion, love, and respect for human beings regardless of their race, religion, ethnicity or other orientations,” said Jonathan Kuttab.

“But Palestinians, on their own, cannot do it.”

“The time has come to acknowledge that a two-state solution is not going to happen,” Kuttab said at the Jan. 9 event organized by four local social justice groups — Peterborough Peace Council, Peterborough and the Kawarthas Council of Canadians, Kawartha World Issues Centre, and OPIRG Peterborough. “Israel has triumphed completely in that there will not be a Palestinian-Arab state (as was once thought). In reality there is only one state called Israel,” 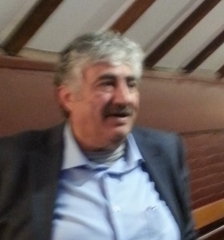 After giving a synopsis of the history of Palestine and Israel to the audience, he shared his perspective on the situation now, noting “to this day, we are living” the results of the events of 1948 (the creation of Israel) and 1967 (the Six-Day War), and the start of Jewish settlements in the West Bank following that war.

After 50 years of occupation of Palestinians by Israel, the Jewish settlements in the West Bank have now become irreversible, with 700,000 settlers living in a permanent fixed manner throughout the occupied Palestinian territory, Kuttab said.

“They live as lords and masters enjoying a system of roads that connect them to one anther and to Israel. They have their own education and health systems, laws, courts, police, and social security. They want and demand the right to live there, with all the advantages of Israelis.” 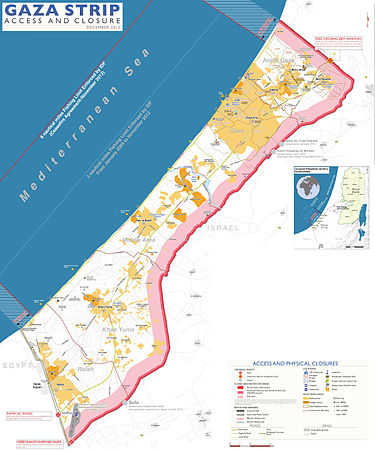 But of the three areas where Palestinians live — the West Bank, Gaza and Israel —  Gaza is worst, Kuttab said.

Gaza is a 140 square mile stretch of land located along the Mediterranean coast between Egypt and Israel. Blockaded by air, land and sea since 2007, the borders and its 2 million people are carefully controlled, the movement of goods and humans severely restricted, and the population faces food shortages and 40% unemployment — a collective punishment by Israel in reaction to Hamas gaining control of Gaza in 2007.

Hospitals are forced to rely on generators for life-saving equipment, while supplies of life-saving medicines dwindle to dangerous levels. 98% of Gaza’s water is not fit for human consumption. As water treatment and desalination plants stop working, many fear the supply of drinking water will run out. 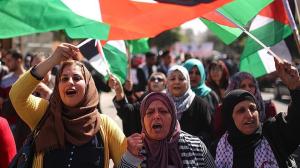 Kuttab said nothing can go in or out — people, goods, fuel, food — without Israeli control. People are only allowed to fish three miles out, if at all; the Israeli army calculates the number of calories needed for a basic diet, and only allows food amounts into Gaza according to those numbers, he said.

But Israel has not won, altogether, said the lawyer.

“It has failed largely because it it an anachronism, living in the wrong century.”

He explained that centuries ago it might have been considered a progressive experiment in human life, but that was during a time when systems like apartheid, a caste structure, slavery, and colonization were all acceptable.

Today, especially after WWII, said Kuttab, there is an international recognition of sovereign boundaries and “a concept called human rights, which means if you belong to the human race it gives you certain rights, whether you are rich or poor, black or white, male or female. Just the fact that you are human beings means there is something divine in you, a part of God is in you, that other countries have to respect, not because they are nice people, but because it is your right.”

“Israel’s prime minister, Benjamin Netanyahu, has said, ‘if you are powerful you can do what you want’,” Kuttab said. “I think people know that is not true. Eventually God, history, and reality catches up with you. Will the world accept a state that fundamentally and openly and through its constitution says we are only for Jews?”

There are not many in the rest of the world who accept the idea that Jews have any rights to the settlements in the West Bank, said Kuttab, and they agree the illegal settlements are an obstacle to peace and have made it hard to create a two-state solution.

And, while Israel managed to successfully evict two thirds of the Arab population, there are still six million Palestinians remaining in Gaza, the West Bank and Israel, he added, and history shows you cannot have a state with a large portion of your population disenfranchised. Eventually you have to accept them and give them rights, he said.

“It will be traumatic for both Palestinians and Zionists.”

Kuttab is adamant that violence is not the answer. For one thing, Palestine could never out-power the Israeli military, backed by the United States.

The solution must be economic, non-violent, and cultural, using diplomatic pressure, international law, and the global boycott, divest and sanctions (BDS) campaign against Israel, he continued. It is a tiny country with few natural resources and it depends on the rest of the world, he said.

Kuttab mentioned two campaigns (other than BDS) in which Canadians can take part. One is Gaza 20/20, which is internationally focused on bringing awareness to the situation and calling on governments to hold Israel accountable, and lift the siege of Gaza, using both domestic and international law. Over 100 organizations have signed on.

The second campaign is No Way To Treat a Child, which says each year the Israeli military detains and prosecutes around 700 Palestinian children as young as 12. The campaign calls for the Canadian government to “use all available means to pressure Israel to end the detention and abuse of Palestinian children”. It says 23 federal Members of Parliament have supported the campaign.

Jonathan Kuttab is a leading human rights lawyer. After a graduating with his Doctor of Jurisprudence (JD) from Virginia Law School, and practising a couple years on Wall Street, Jonathan returned home to Palestine.

Jonathan is a Palestinian Christian, who is past chair of the Bethlehem Bible College serves on the board of the Sabeel Ecumenical Theology Center in Jerusalem and is a leader in the establishment of Christ at the Checkpoint conference. Jonathan was part of the 1994 legal team for the Cairo agreement that resulted in the Oslo II Accord.

Jonathan was visiting scholar at Osgoode Law School at York University in Toronto in the Fall of 2017, and is a founding director of Just Peace Advocates/Mouvement pour une Paix Juste, a Canadian based international law human rights not-for-profit.

“Kuttab supports a solution that would bring Israelis and Palestinians together as equal citizens, and a state government would meet the needs of both those who want a Jewish state and a place of safety and security, as well as the Palestinian Arabs who want a place where they can live in security and dignity.”  https://themennonite.org/feature/jonathan-kuttab-peacemaking-way-life/ 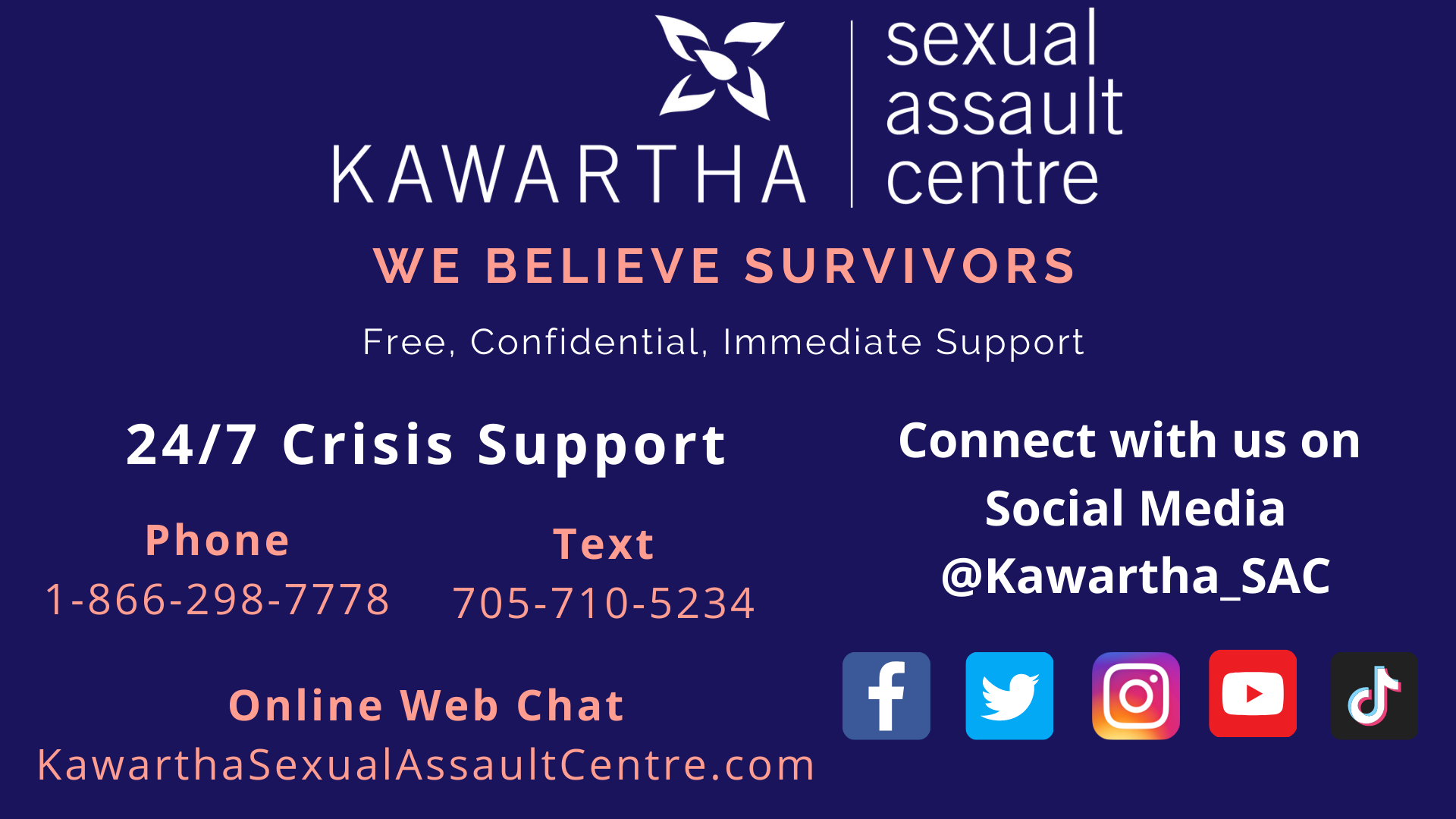 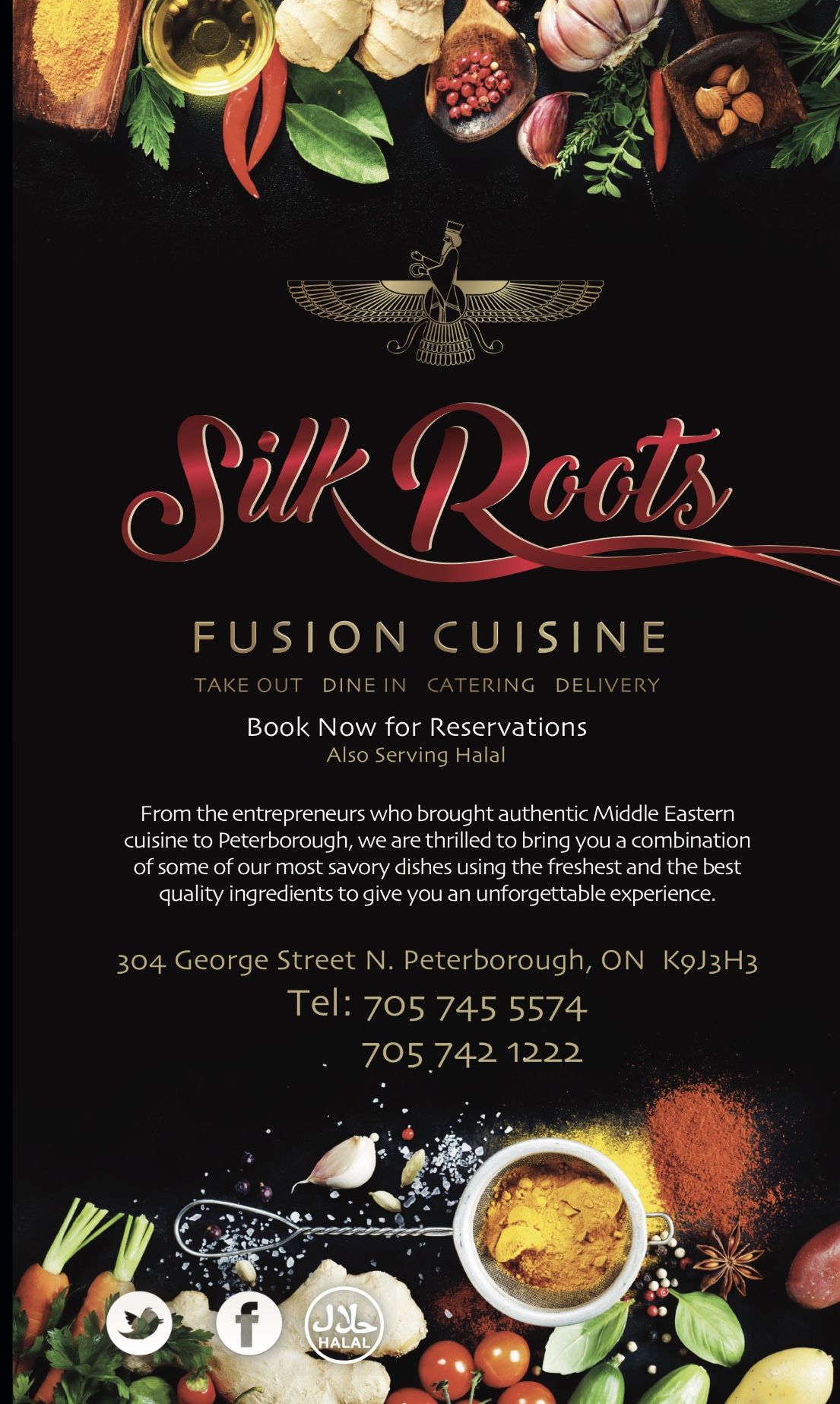 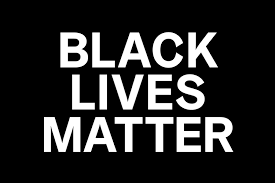