DON’T RAPE . . . And Other Things Your Kids Should Hear as They Leave Home for School

Are you sending your child off to a post-secondary school?

Do you know that it is during the first eight weeks of classes in September and October that the majority of sexual assaults occur on post-secondary campuses?

Does your child know this?

Thousands of young people will head to universities and colleges this September looking forward to a fresh start, new friends, great adventures, and new-found academic knowledge.

And thousands of young people will face sexual violence starting from the first day they set foot on campus.

“Campuses are an ideal space for perpetrators to victimize people sexually,” said Lisa Clarke, community engagement and project manager at Kawartha Sexual Assault Centre (KSAC) in Peterborough, Ontario, in a recent interview. “There are people who are far away from home, living in close quarters, socializing in places where they know people only as acquaintances or friends of friends.  Yet many young people going into university or college say the first time they hear about consent and sexual violence is during orientation week.”

Parents have an important role in addressing campus sexual assault with their children, regardless of gender and sexual identity, she said.

But how do parents say this? Where do they start?

Get talking, say the experts.

“We need to have a clear and welcoming conversation with our children around what good healthy sexual relationships look like,” begins Clarke. “And they don’t include taking advantage of someone who has been drinking or taking drugs, or hooking up with someone whose consent cues you don’t know.”

More than 80% of rapes that occur on college and university campuses are committed by someone known to the victim, with half of these incidents occurring on dates. (Canadian Federation of Students-Ontario)

Amie Kroes is the student rights’ and responsibilities’ officer at Fleming College in Peterborough, Ontario. She admits a lot of parents are probably nervous, afraid or embarrassed to talk about sex with their kids.

“That is okay. Sex is still a taboo topic for many,” she said. “It’s also a healthy, normal activity for those who choose to engage in it consensually. But some of the best ways to prevent sexual violence is to talk about what a healthy, positive sexual experience could look like, even though it may be weird to have these conversations.”

Conversations, she said, that include:

“Parents have an opportunity to give language to their children,” said Kroes. “They can help identify ‘norms’ of how to treat others, and how to expect to be treated, and they can demonstrate that talking about sex is a valued activity. People who can’t talk about sex are going to have a very difficult time negotiating consent.”

“Negotiating consent is a fundamental principle of a healthy sexual experience,” she continued, “so we need to ensure that these conversations are being had openly, honestly and without fear.”

“Talking about sex doesn’t give people ideas about having sex. They already have those ideas. It also doesn’t necessarily give ‘permission’ for people to engage in sexual activity at an early age if you talk to them about sex early. It makes them informed. So talk.”

It’s equally important to talk to both boys and girls, said Lisa Clarke.

“You need to clearly outline for your sons about not hurting women, not sexually assaulting, not objectifying them.”

Women aged 18 to 24 experience the highest rates of sexual violence in Canada. (Canadian Federation of Students-Ontario)

“You also want your kids to know how to be an ‘upstander’, she said. “That means checking in with someone who they think might have been hurt, or causing a distraction to help a person get out of a situation, as well as stepping in as a group with friends they trust. Always remember, though, to keep yourself safe first.”

There is still a lot of myths, stereotypes, stigma and victim-blaming, she continued, around sexual violence — How much did they drink? What were they wearing? With whom were they socializing?

“The stigma of sexual assault helps enforce the silence around victimization. Tell your kids to treat everyone with empathy and understanding. We can’t shame/blame survivors for being hurt.”

“The effects of sexual violence go far beyond physical injuries. The long-term effects on women’s mental health and well-being can be very serious …” (Canadian Federation of Students-Ontario)

Encourage your youth to have open conversations among themselves around consent and to challenge the myths, Clarke said. Tell them not to tolerate rape jokes and rape chants just as they would not tolerate racist and homophobic remarks.

Another caution: If your child is on prescription medication, make sure before they leave that they understand its interaction with alcohol and other drugs, said Clarke..

“Mixing some prescriptions and over-the-counter medications may create memory black-outs that would cause vulnerability to being sexually assaulted.”

She also worries about partner violence.

Four out of five female undergraduate students said that they had been victims of violence in a dating relationship.(Canadian Federation of Students-Ontario)

“A particularly difficult situation is when our young people go off to post-secondary campuses to study away from home and they become trapped in a situation of dating violence. They may not know that what they are experiencing is considered violence. If there is sexual coercion, pressure, isolation from friends and family, emotional and psychological abuse, it’s violence.”

Clarke’s final words of advice make it clear that parents should encourage their children to come to them for help.

“Young people’s biggest fear after a sexual assault is that their parents will find out,” she said. “How can we, as parents, change that stigma for them and let them know we are there for them, that we will help them through their healing process?”

In response to the province’s new legislation and its It’s Never Okay Action Plan, both Trent and Fleming have developed comprehensive sexual assault polices and procedures recently, as well as websites, with resources and support options for people who have experienced sexual violence, guidelines identifying ways to prevent sexual violence, and guidance for responding to incidents of sexual violence.

Trent University is working hard to help change the culture and conversation, Walker said, with staff training and student orientation week education. Students are becoming more aware of it, and student leaders are showing an interest in shifting the culture, she continued.

“It’s still an issue, still something we need to talk about. We know that individual sexual violence is very under-reported. Most do not disclose, or seek follow-up. It’s unfortunate that we are working on this issue because it means it’s happening. There’s still a lot of work to be done,” she said. “One of the key things to keep in mind is that sexual violence is about power and control. It’s their sexual integrity that has been violated.”

Amie Kroes shares Walker’s call for more work. She said she has learned that sexual assault will be a problem on campuses for many years to come.

“I am of the opinion that one sexual assault on campus constitutes a big problem,” she said.

With this in mind, through working with their student associations, Trent (at its Peterborough and Durham campuses) and Fleming (at its Peterborough, Lindsay, Haliburton and Cobourg campuses) have begun a community collaboration with KSAC, unique to post-secondary towns in Ontario, said Clarke. They are working as a team to share resources and create a continuous collective community response to sexual violence. Starting in late September, students will receive the same messages around consent and sexual violence, whether they are on Trent or Fleming campuses, or downtown streets. There will be poster campaigns and a comics’ style video dealing with how to dis-engage from non-consensual sex when drunk, explained Clarke.

“It’s kind of unheard of and amazing. I’m very proud to be part of a community that can co-operate so well,” said Kroes.

Fifty percent of her job at Fleming involves educating and training staff, faculty, students and student leaders. It all operates from the starting point of believing in the survivor, she said.

A basic course is mandatory for anyone in athletics, including coaches, all student leaders and anyone living in residence. During the past year, she also gave presentations to every department and all support staff on campus. A Level II course is mandatory for all student leaders, and residence life staff. It added up to over 75 workshops for over 1,500 people. Both the Introductory workshop and the Level II Bystander Intervention training are offered throughout the year to any interested employee or student.

Most times when she is making a presentation at least one person challenges her message on rape myths, she said, usually around clothing and drinking.

But as much as there are people who believe those myths, she is noticing more and more people who do not. “When I am challenged there is usually someone else in the room that is willing to say, ‘hey’.  Society is shifting. I can see the results of that on our campus, and that gives me a lot of hope.”

For parents and everyone else, her message is simple: You have a role to play.

“Sexual violence is an issue that impacts all people, and all people have an opportunity to take a stand against sexual violence. Question things, tell people where you draw the line, call for help, distract or divert the situation, call people out when they are being inappropriate, and listen if someone chooses to disclose to you.”

Consent: The informed, voluntary and active agreement to engage in sexual activity by an individual who is not mentally or physically incapacitated by reason of drug or alcohol use, a medical condition or disability or age. Coercion, use of force and abuse of power, trust or authority all negate consent.

Rape Culture is a culture in which dominant ideas, social practices, media images and societal institutions implicitly or explicitly condone sexual assault by normalizing or trivializing male sexual violence and by blaming survivors for their own abuse. 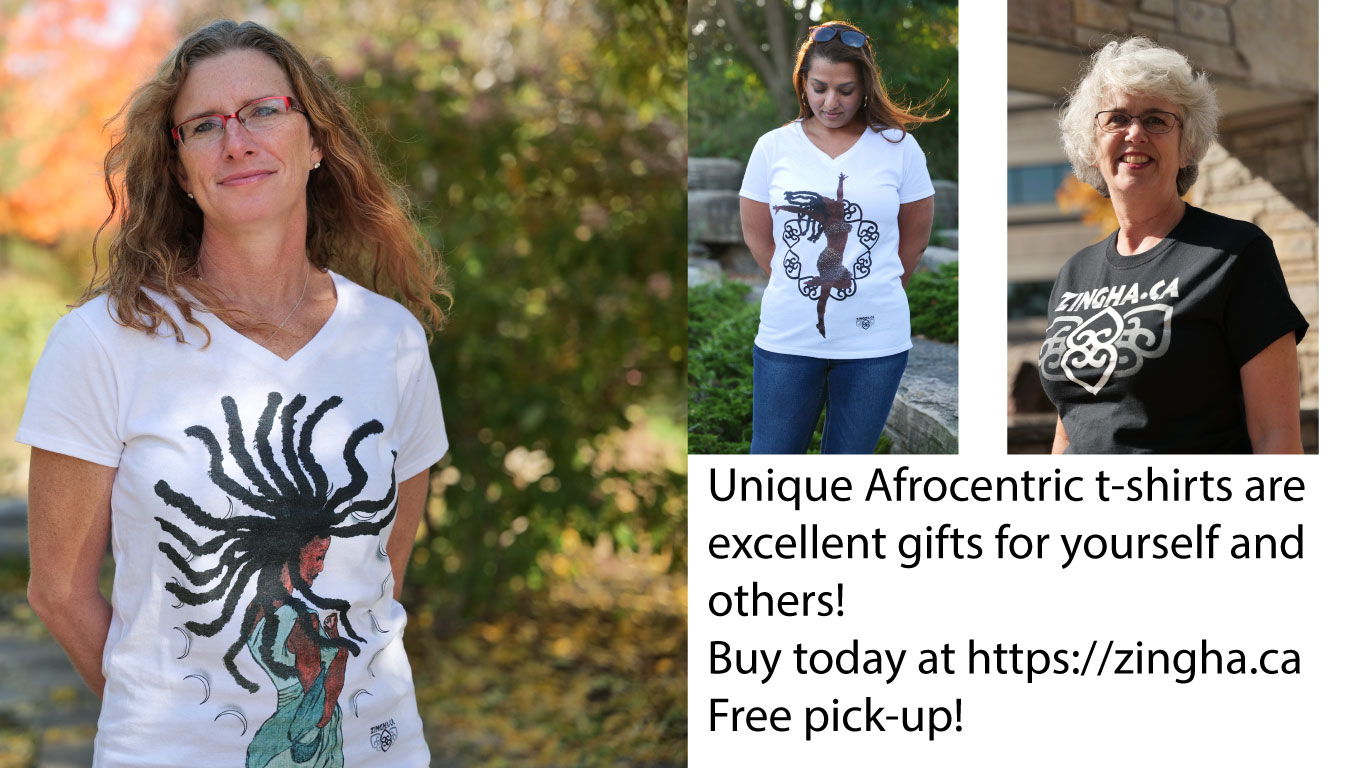